Campus No. 4 in spring again

There is such a campus

Though nestling in the downtown

It is quiet and low-key

The Campus of almost the same age as new China

Has carried the memories

Of students of NUDT about their youth

Now it is in spring again

If you have ever seen it in spring

You will surely love it…

As an extension of the Changsha-based NUDT, Campus No. 4 impresses people most by the large number of trees, especially camphor trees. Though less than six hundred mu, the campus has reportedly more than ten thousand trees, of which there are more than three thousand trees over fifty years old. In the campus, any winding path will take you to towering trees with a giant trunk wrapped with green plants or covered with moss. And the good ecology just feels like a virgin forest. Big trees that grow in company of moss Camphor tree is the leading role

In fact, the campus is green all the year around. Even in the cold days when the snow weighs down the branches, the leaves are still there as if challenging the force of the frost, highly suggestive of the spirit of the locals who are resilient and tough, which might be ascribed to their eating much of pepper. In short, the campus is impressive with a unique landscape of snow and green leaves enhancing the charm of each other, just like a love poem written by the south for winter. 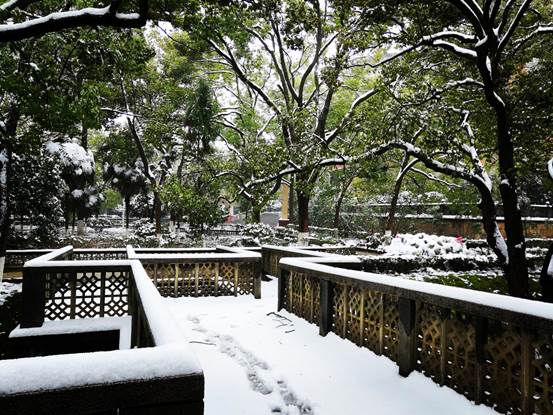 Because around the vernal equinox, camphor tree will have its old leaves give place to the new leaves, hence “in spring again”. When the green leaves grow with warm spring breeze, appearing on the branches, the old leaves will be radiant with charming flush. But they have no intention of compete for beauty in spring, but fall down gracefully. As the red, orange, yellow, green and white leaves fall on the ground, in the grass, the yard, now a riot of colors, can be compared to a vivid oil painting. Built in the early 1950s, it was once located in the southern suburbs of the ancient city of Changsha, a sparsely populated area. Nearly 70 years later, with the rapid expansion of urban construction, the surrounding area is now surrounded by high-rise buildings. Furong Road, the main road, are interwoven with subways at the gate. And the formerly remote and desolate suburb has gradually grown into a bustling downtown area. 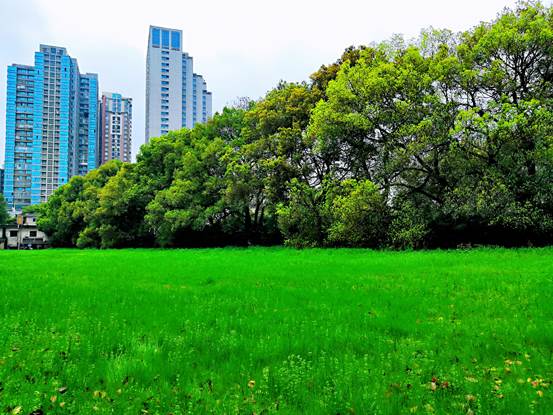 But the campus is still quiet. Once you enter inside, you will feel the roar of traffic outside the gate disappear immediately, as if a silencer has shut it out. On either side of the wide avenue stand large camphor trees, which take two or three people to encircle. Luxuriant trees spread canopies to touch each other above the avenue, creating a green dome for pedestrians and vehicles. Perhaps this natural “ecological greenhouse” has a powerful sound insulation function. Within the campus, each road is shaded by trees, while the sun tries hard to shine through the green leaves, leaving mottled bright figures on the ground. When there is a breeze, the branches will shake gently, and the roads will be dotted with light and shadow, turning the whole campus into a cool and comfortable kaleidoscope. Apart from trees, the campus is also characterized by buildings.

The old buildings are mostly kiln brick red and cement gray. They are not very tall, but thick and solid, impressing one with their beauty that is a combination of Chinese and Western elements. The main office building has only three floors, and the towering fourth floor in the middle has only a few rooms, which adds to the momentum of the whole building. Gravelled walls, wooden roofs, tall and spacious rooms, tall wild osmanthus trees outside the windows, and the bright red wood beneath the trees, create an office environment that is particularly refreshing. Many buildings were built on hilly terrains, so they are of different heights. There is a corridor bridge at the back door of the second floor of the office building, connecting to the path behind the building. Just imagine how romantic it is, as the lyrics says, “There are always cars parked on the second floor.” To the north of the office building is the auditorium. The corridor bridge on the second floor leads to the auditorium. The auditorium is also cement grey, consistent with the office building, and the roof and interior decoration are all made of wood. As the iconic building of the campus, it was built by teachers and students in the 1960s. Vigorous and stylish, it was absolutely an eye-catching building at that time. Even now, it impresses one with its unique style. It is said that the building has been designated a provincial cultural relic, where numerous Anti-Japanese War movies were filmed there. 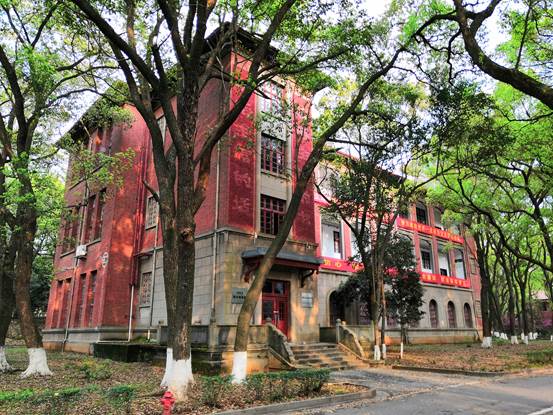 On both sides of the flagpole facing the gate are twin north-south specialist buildings, each three or four meters high, and typical of the Soviet style. On the crimson walls, the propaganda slogan written years ago is still vaguely visible. Echoing the circle buildings in the south of the campus and nestling among the tall trees, the row upon row of buildings of red bricks and tiles are of the most cultural characteristics and university legacy. With trees and buildings adding to each other’s charm, it has won the campus the title of “green campus” and “garden-like unit” from the army. 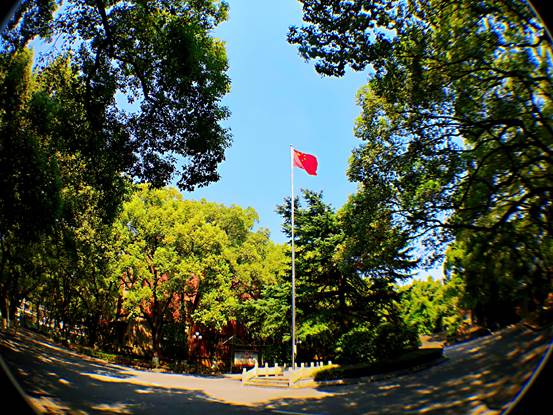 Predecessors plant trees and descendants enjoy cool air. The houses built by predecessors in those years and the trees planted by them have created a good learning and living condition for students coming after them. They not only enjoy the fresh air, improve their knowledge, but also carry forward the good tradition of hard work and struggle. The legacy formed in the campus never fails to inspire them to greater efforts. 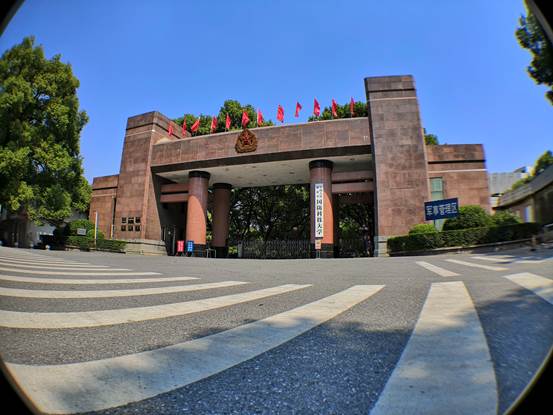 The silent love is expressed by efforts to plant trees and cultivate talents. Campus No. 4, almost the same age as new China, has witnessed the magnificent development history of the country and the army, and the painstaking efforts and sweat of generations of military builders. Now, by riding the wave of military reform in the new era, it is once again beaming with vitality. 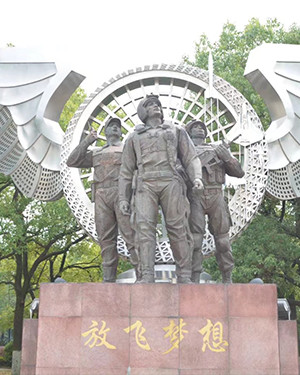